Inspired by this post my brother spotted, the other day I found out where the hotspots are in our microwave.
I started with four poppadoms: 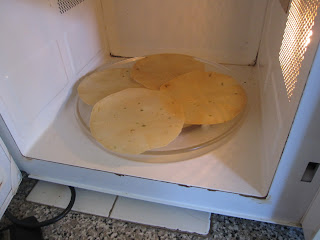 After about 15 seconds there was ring of cooked poppadom a bit shy of the outer edge of the rotating plate: 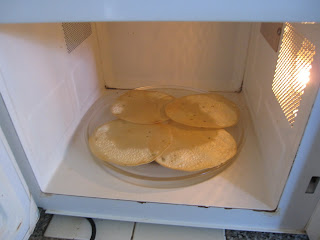 At 30 seconds the poppadoms were mostly cooked, but there were three curious dolphin-shaped uncooked patches, one of which included the centre of the rotating plate: 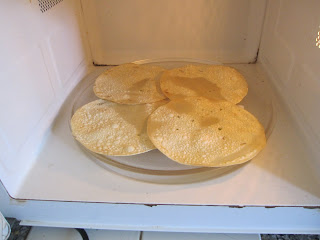 How did that happen??  It must be something to do with the intersection of the rotating speed of the plate and the peaks of the microwave waves as they bounce around the inside of the oven, but who knows what.

After a full minute all four poppadoms were beautifully cripsy, with only a few tiny spots retaining their uncooked plastickyness: 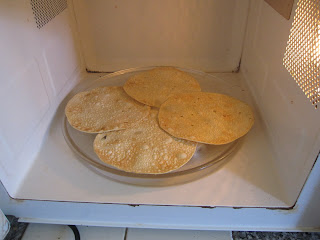 On the whole, it looks like our microwave cooks a whole lot more evenly than any of the four in the original post, but I'm interested to know that the strongest heat is to be found just shy of the edge of the rotating plate.  I'll bear that in mind next time I want to melt something small (e.g. a few spoonfuls of butter for baking): putting it near the edge should make it melt noticeably quicker!