I've just enjoyed listening to an interview from National Radio's This Way Up about one of my favourite charities - Apopo/Hero Rats of Tanzania.  They train African pouched rats to detect landmines in fields in Mozambique and Angola.  More recently, they've also be training these rats to identify patients with tuberculosis by sniffing sputum samples.

The rats they use are enormous.  Look at this one (image taken from Wikipedia).  Good thing they're socialised from an early age to see people as friends! 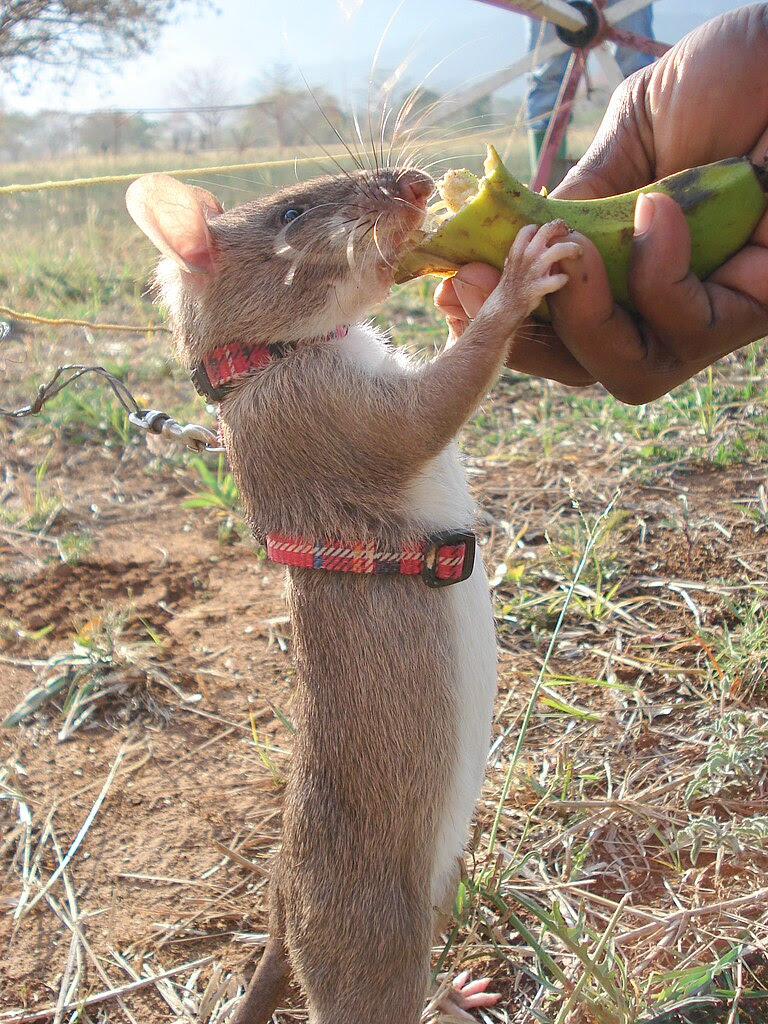 We have a wonderful sofa that we inherited from Martin's grandmother.  It's super-comfortable, long enough to spread out full-length on and turns into a remarkably comfortable bed.  I've been wondering for a while, though, about getting it recovered as the fabric looks rather worn-out and some of the tufting buttons have come out. 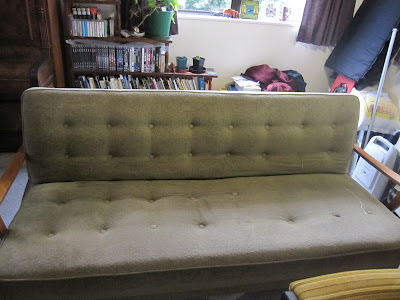 Then a friend gave me some gorgeous woolen fabric that looked like it'd be big enough to make a slipcover from.  Surely cheaper than proper reupholstering and hopefully a fun project :-)
I've been working at it off and on over the last month or two and yesterday it was finally finished! 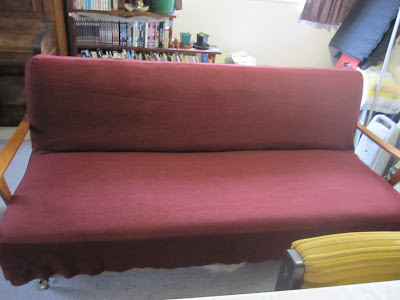 I'd started by attaching cords to tie to the front legs of the sofa, with the cords attached to pieces of tape to spread the strain. 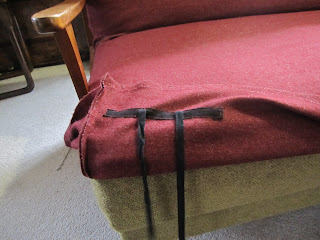 Then I'd sewn the front corners, in the process cutting out a roughly square piece of fabric from each. 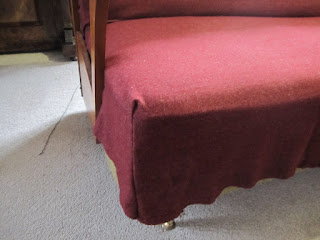 Next came a cord to keep the fabric snugly in the groove between the seat and the back. 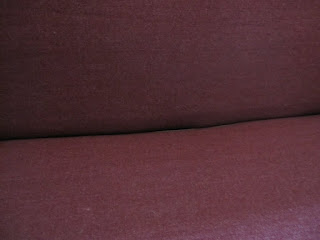 I cut the fabric in line with the cord at each side so that it could sit smoothly on both the seat and the back.  I filled the V-shaped gap thus formed with fabric that, had I not cut it off, would have been hidden under the wood that supported the arms anyway. 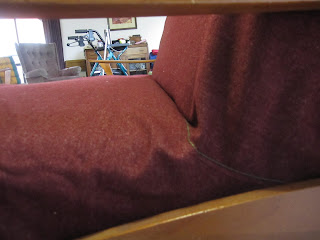 Lastly I needed to tidy up the back.  The fabric wasn't quite long enough to go over the top of the sofa so I attached some black calico to extend it.  This actually took about as long as the whole rest of the project as it involved lots of hemming!  Once attached, I stitched in the folds on the top corners of the sofa, in the process stitching the squares I'd removed from the front corners onto one of the sides (it turned out I hadn't attached the fabric to the sofa as symmetrically as I'd thought...). 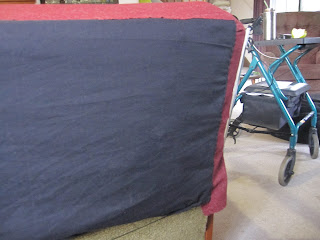 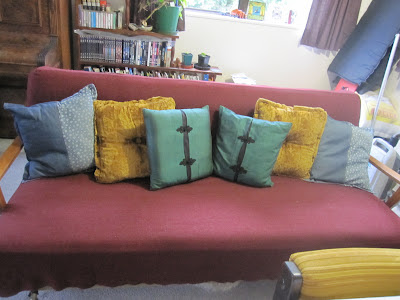 In New Zealand, a members bill is currently being debated in Parliament which, if passed, would extend marriage to homosexual as well as heterosexual couples. My instictive reaction has been that, on the whole, I would like this bill to be passed - i.e., I'd like NZ to legalise same-sex marriage. This doesn't appear to be the common Christian position, but my thinking on the matter has been significantly influenced by reflecting on the situation of a young family who used to live over our back fence: a family made up of two adult women and one preschool girl.

As I came to care for them, I began to be concerned about how one particular part of NZ law affected them.

Under current NZ law, children can only be adopted by either single people, de facto couples or married couples.  As only heterosexual couples can be recognised as being either de facto married or actually married, that means that gay couples cannot adopt.  One member of a gay couple can adopt a child on their own (as singles can adopt) and they can then raise that child together, but legally, only one of them is that child's parent.

In general, that could be fine.  But, if the legal parent is away from home on business and the child suddenly has to go into hospital, the other partner isn't that child's legal next of kin.  They can't make decisions about the child's care, they can't visit them and reassure them in intensive care etc. etc.

That seems to me to be hugely contrary to that child's wellbeing.  As I read the Bible prior to the last election, trying to work out what kind of rulers God appeared to be in favour of, again and again I found that he wanted rulers who watched out for the concerns of the weakest members of society.  Preventing both of a child's actual parents (at least from the child's point of view) from being recognised as their legal parents appears to me to be harmful to the interests of that child - one of society's weakest members.

At first, one might think you could shore up this situation by preventing adoptions by single people.  But of course, single-person-adoption isn't the only way a homosexual couple can end up raising a child.  All a lesbian needs to get pregnant is a syringe and a cooperative friend.  (I guess that's all a gay man needs, too, although in his case the degree of cooperation required is somewhat more substantial, and adoption law still comes into play once the baby is born.)  However, when that lesbian woman gives birth, there is currently no way in which her partner can be recognised as a parent of that child.

So, in a world in which it is so easy for lesbian women to have babies and for them to raise them with their partners, is it just to deny those children the option of being legally adopted by their non-giving-birth-to-them mother?

Of course, allowing homosexual couples to marry isn't the only way to resolve the situation outlined above.  But I expect that most Christians would have a similar level of distaste for extending the right to adopt children to homosexual couples (whilst still preventing them from actually marrying) as they seem to have for 'marriage equality'.

That said, the folk at 'Protect Marriage' raise a few points that give me pause for thought.  For example, it does seem plausible to me that 'marriage equality' could lead to more heterosexual divorces and fewer heterosexual couples choosing to have children, and neither of those are outcomes that I'm in favour of.  But I keep on coming back to the wellbeing of our little former neighbour, and I think that 'marriage equality' for her parents really would be in her best interests, at least.
By Heather - August 04, 2012 No comments: