Why You're Here: Ethics for the Real World

Recently I won a copy of Why You're Here: Ethics for the Real World (John G. Stackhouse, Jr.) on Goodreads.  Martin found it really exciting and has written the following review of it. 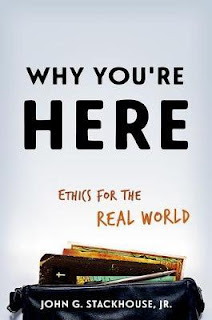 Yesterday was a fun day :-)

Martin and I had our first go at bottling mussels.

This is the first in a series of blog posts on buying fish for human rights.  The other posts completed so far cover tinned tuna, sardines and mackerel and pet food with fish in.
Last updated 27/10/18.

Last year I blogged about how Martin and I try to shop in ways that support human rights.  We do that by:
The reasons behind these principles are explained in more detail here.

At the time that was written I was uncertain which (if any!) fish or seafood we could buy that would accord with those principles.  We had become aware that slavery was rife in the fishing industry.  People were being forced to work without pay both on the boats and in processing factories, child labour was being used, and there were plenty of disturbing stories of rape and murder, too.  It was all pretty sobering.

A year later, I have good news!  There are companies taking this stuff seriously, and there are brands you can buy in confidence :-)  I have been in discussions with a number of companies over recent months and am keen to share what I've found with you.

In summary, here's what I've found:

Read on to learn why I came to these conclusions.

I've been playing with some numbers and have come up with a list of things that all give about the same amount of carbon emissions (approximately 20kg CO2e):
Certainly brings out how different things have different impacts - and not always in the ways you'd think!
By Heather - May 12, 2018 No comments: