For Christmas, I wanted to make Martin a chair that he could use when he goes to the cricket or goes camping.  He's already got a self-inflating camping mat so the obvious chair to make was a "camping mat chair kit": a kind of fabric sleeve that would slide over his existing mat and turn it into a chair.  Finally, admittedly a few months after Christmas, it's done! 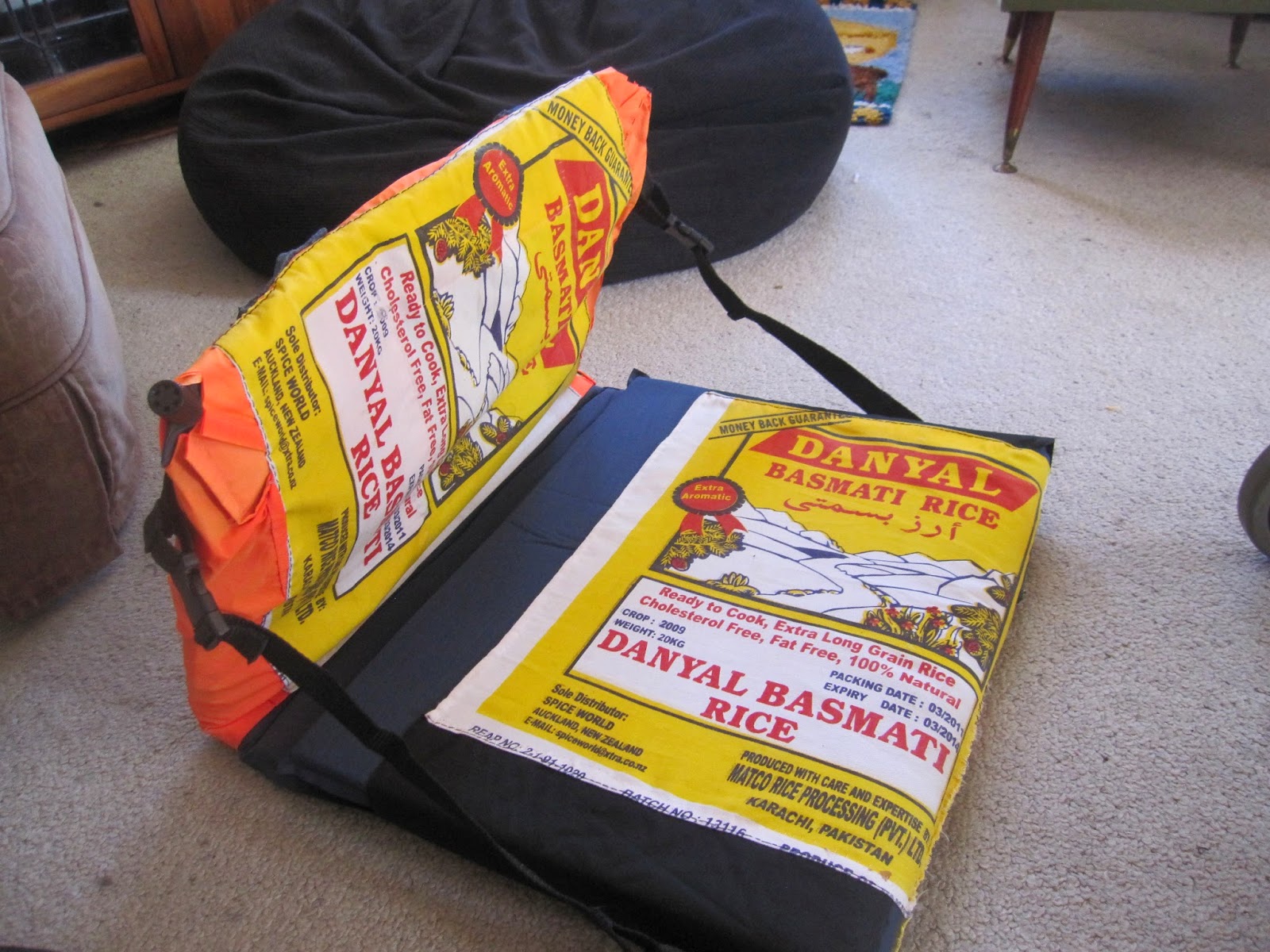 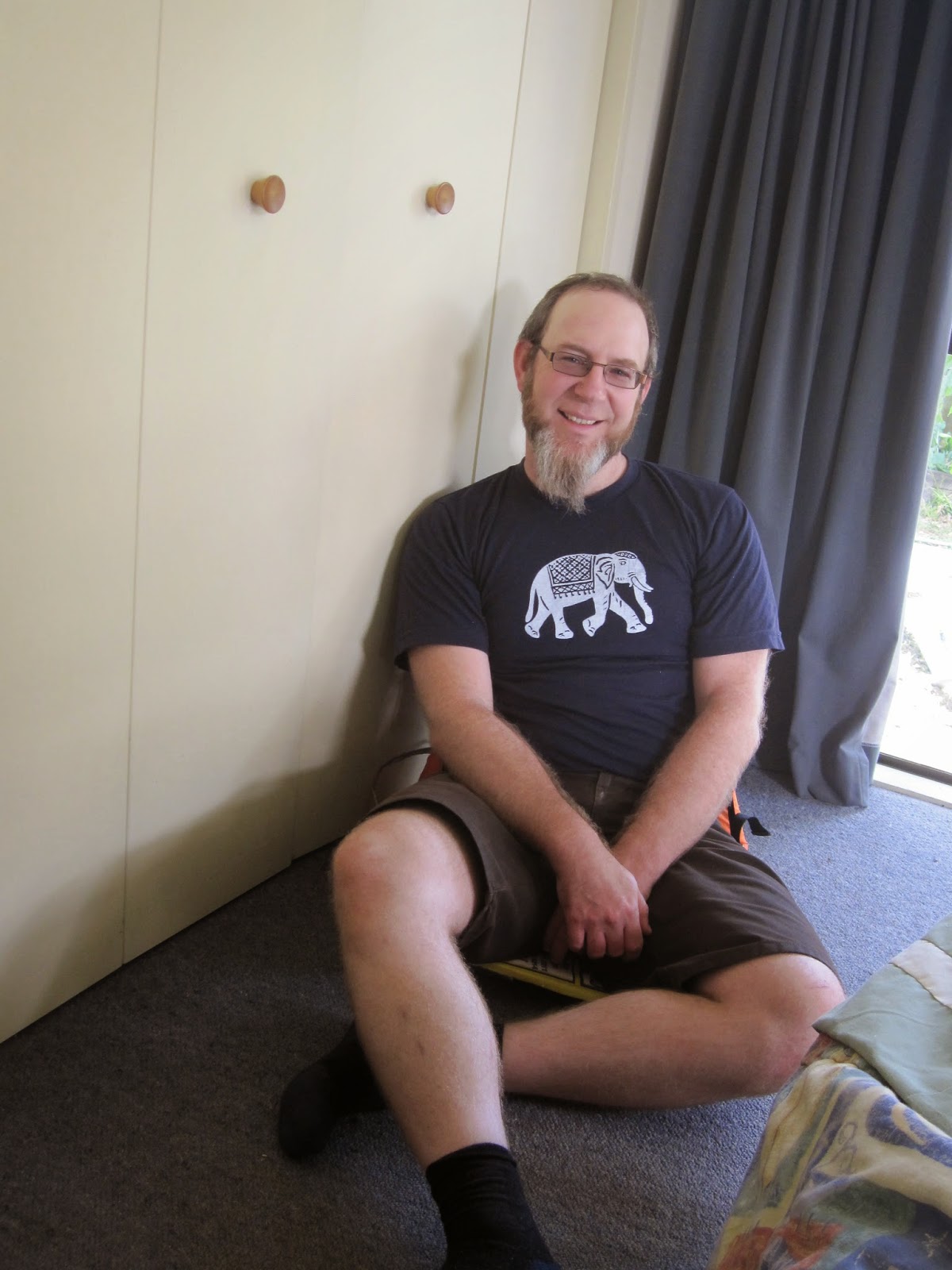 I couldn't find any instructions online about how to make such a thing so gleaned information about commercial chair kits from promotional materials and online reviews.  It turns out there were many details to get right.  I'm wanting to share here what I learned along the way so that other people don't have to sew and resew their mat chairs quite as many times as I did in order to get a functional product!


Regular blog readers might want to stop reading here - what follows is detailed and rather long!

During Lent I'm doing the daily reflection I've used previously (and which you can find at the bottom of this post).  In recent days it's given me a new commitment to take good rests during the day.  I've realised that, if I don't rest, it's harder for me to hear from God, harder for me to reflect with Him throughout my day, and harder for me to love my neighbour.

I've heard people say that the command to 'love your neighbour as yourself' contains an implicit command to love yourself.  I've always been uncomfortable with that: it's felt like an interpretation that takes the sting out of a really challenging call.*  But, in the last few days, I've realised (again?) that, if I don't take at least basic care of myself, I'm less patient with people, less humble in my interactions, less generous etc.

* There's a wee video here of me reflecting on this call a few years ago.

So now I'm approaching my days with a renewed commitment to:
Today's gone well :-)  Let's see about tomorrow!

Every year I delight in our Jerusalemn artichokes.  Here are a few pictures of the current crop (taken a week or so ago), along with some of the myriad bees who feast on them :-) 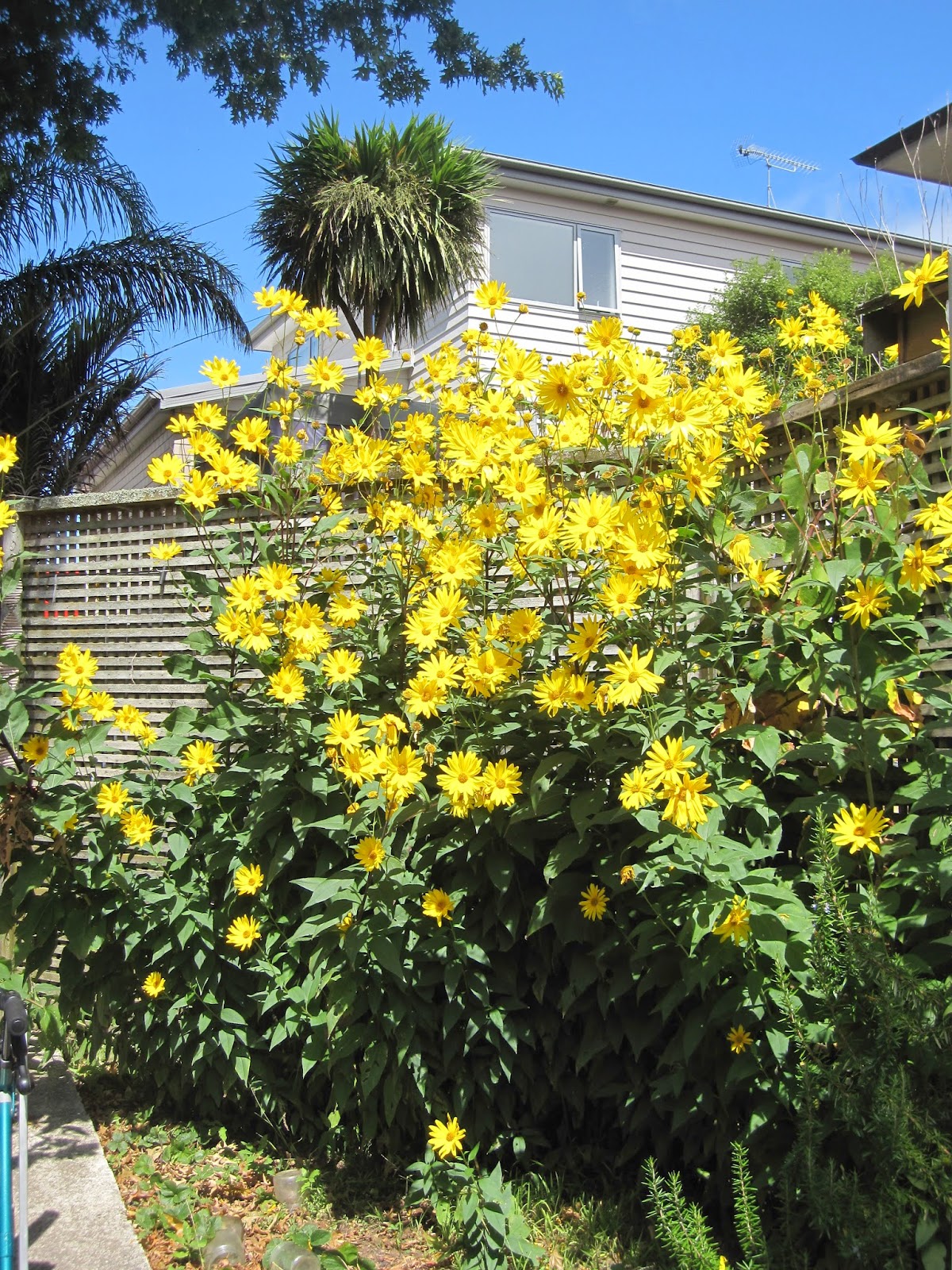 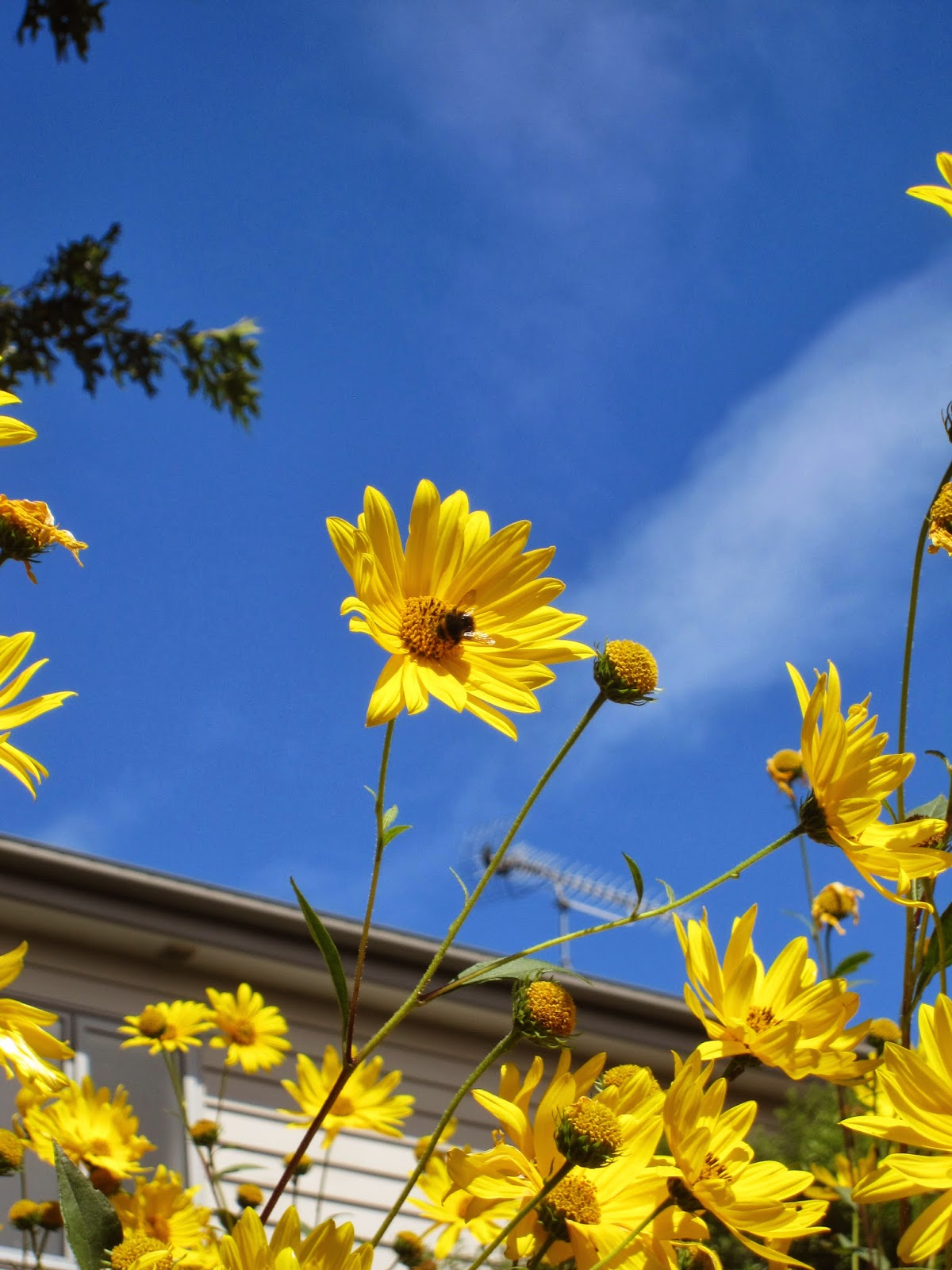 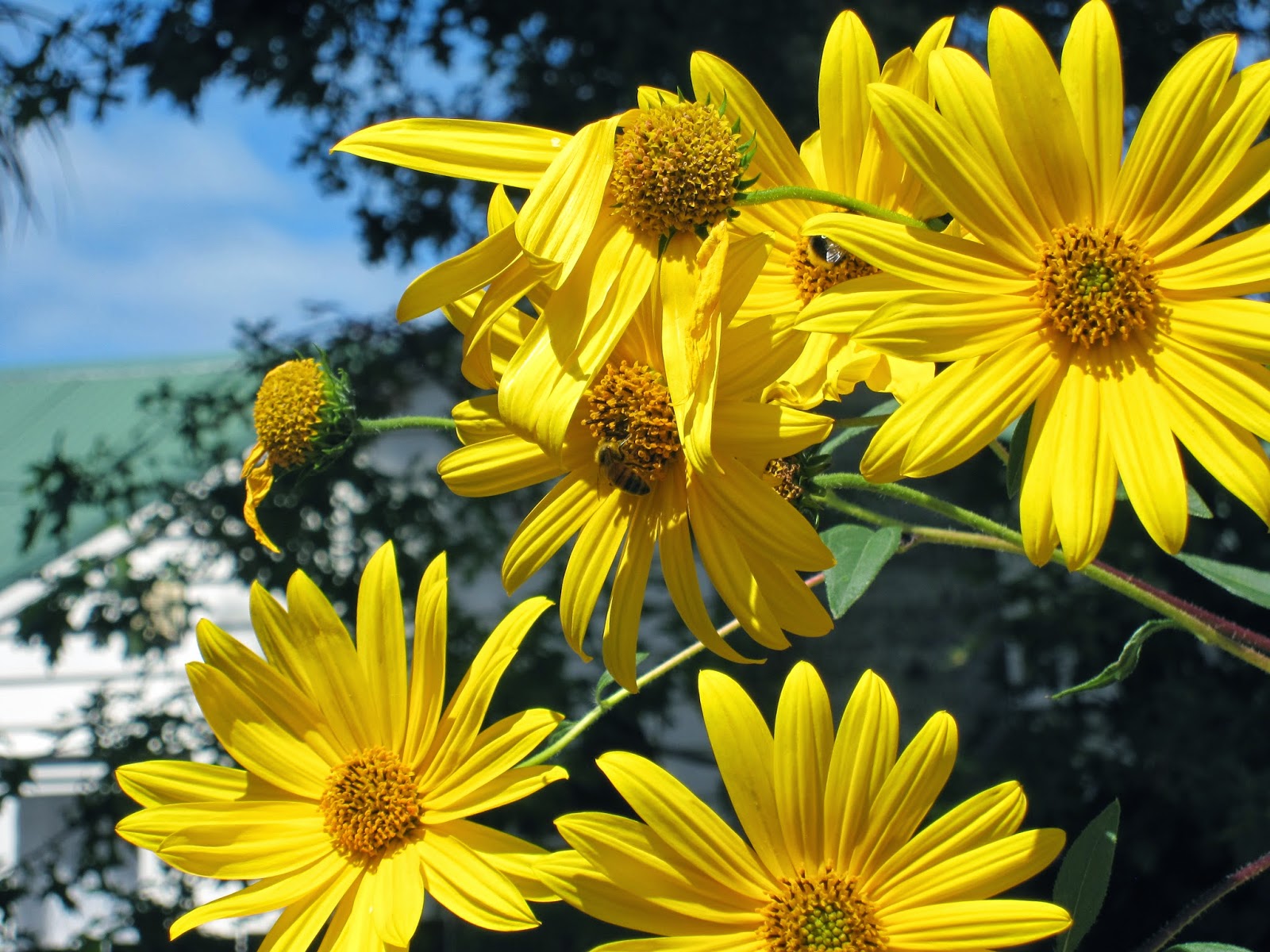 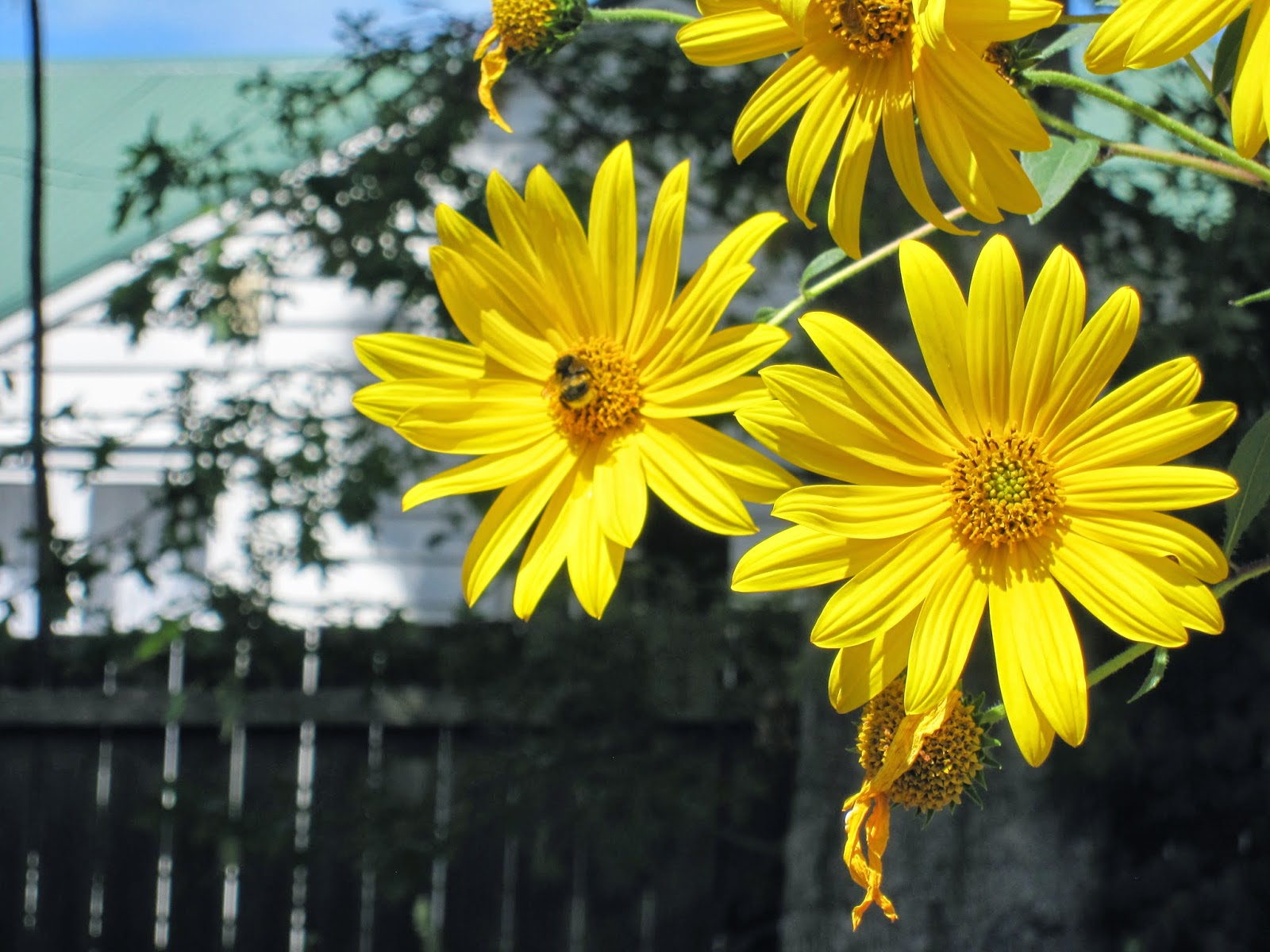 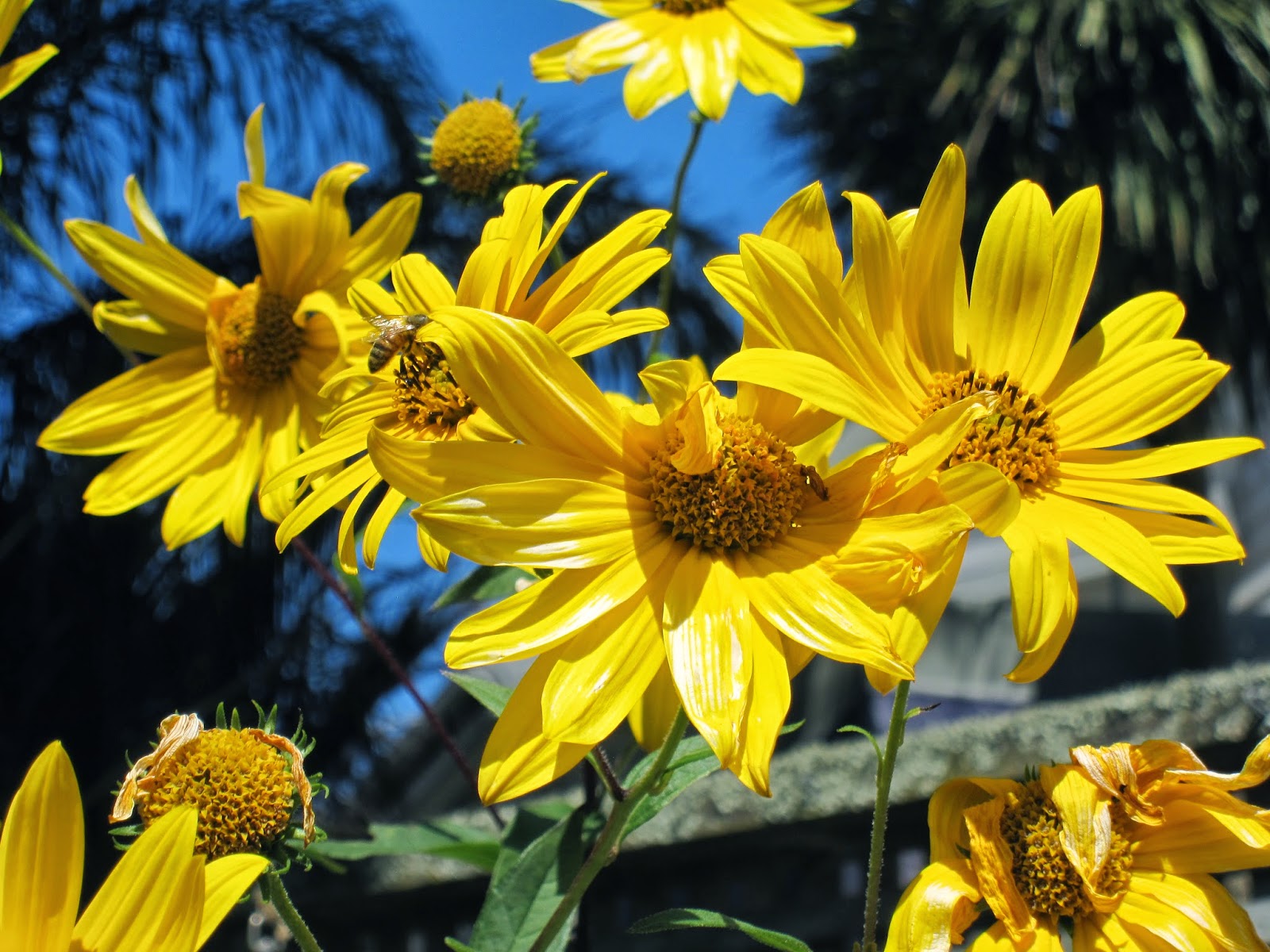 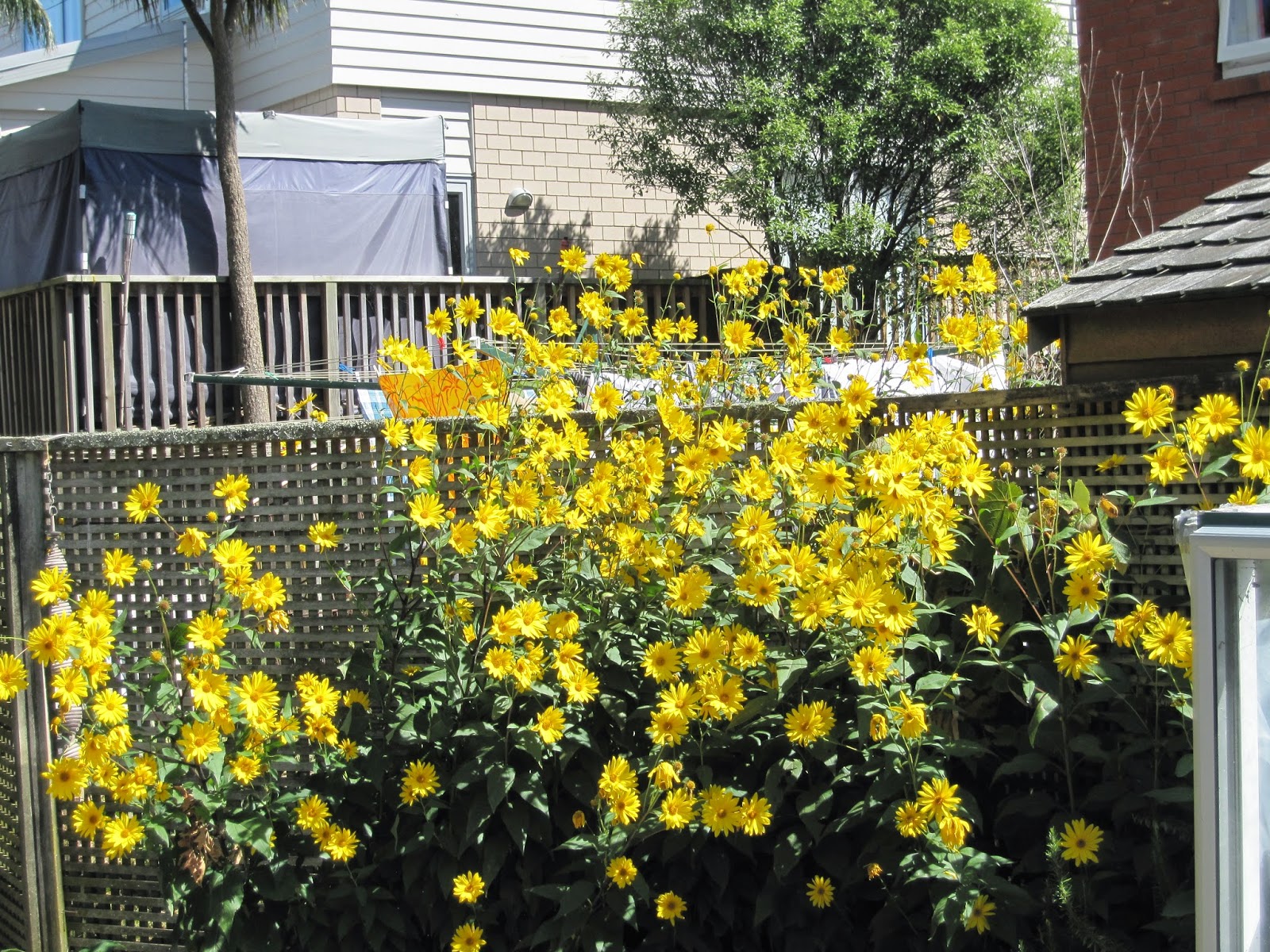 Last year my friend Anna drew my attention to some research from Otago University in which scientists had  worked to find diets that were simultaneously cheap, nutritious and low in greenhouse gas emissions; i.e. that are climate-friendly.

That last criterion may surprise you.  People don't usually talk about being climate-friendly when they talk about food, and people talking about minimising climate change rarely mention food (except maybe farting cows).  But in addition to those direct emissions from ruminants, any excess nitrogen fertiliser applied accounts for considerable greenhouse gas emission; then there are all the emissions associated with the many mechanised elements of food production, processing, transport and preparation.  When Martin and I have calculated our carbon footprint, food regularly accounts for 25-50% of all our emissions.

So, what climate-friendly diets did the researchers find?

They ran their calculations 16 times, each time constraining the parameters a little differently to generate 16 sample diets.  Of these, only two were what I would really think of as 'climate-friendly'.  Someone eating these would have a food footprint of 600kg CO2e or less per year.  At current population levels, the planet can absorb 1200kg CO2e per person per year.  I've decided that only a food footprint at or below half that could count as climate-friendly: anything more and the person could have very few other emissions without entering dangerous territory.

The two diets that met this test involved eating either:

It's hard to imagine many Kiwis voluntarily subsisting on that for too long!

On a more hopeful note, amongst diets that would have a food footprint of 600-1200kg CO2e per person per year (i.e. more than we can really get away with, but much less than the 3600kg CO2e typical of Kiwi diets today) were two that appealed to me personally:

Sadly, the diets they designed to be more familiar to Kiwis (such as eating porridge for breakfast, peanut butter sandwiches and an apple for lunch and mince on toast for dinner) all substantially exceeded the amount of carbon the planet can absorb per person.

So, what can be done?  Something needs to change in the Kiwi diet if we want to do right by our global neighbours.

I have three thoughts.

The World Bank estimates that between a quarter and a third of all food produced is wasted.  In the West, that's mostly towards the consumer end of the production chain (i.e. thrown out by supermarkets, restaurants or the consumer themselves).  In the Majority World it's generally closer to the production end: a lack of grain silos in many countries causes a lot of grain to go mouldy in storage, for example, and a lack of refrigeration sometimes causes milk to spoil before it can reach the consumer.

The Food and Agriculture Organisation has a number of thoughts on how to minimise systemic losses in the food system.  UK charity Feeding the Five Thousand is encouraging consumers to lobby their supermarkets not to participate in food waste.  Individuals can also play a part both in purchasing suitable quantities and in disposing of their food waste responsibly.  A rotten tomato placed in a compost bin either turns back into the carbon dioxide from which it was produced or turns into soil; a rotten tomato sent to the landfill ultimately turns into methane, a very strong greenhouse gas.

What kind of impact could eliminating food waste have?  If the waste* inbuilt into the 16 diets described in the Otago University study was eliminated, six of those diets (rather than just two) would now meet my test of being responsible for no more than 600kg of carbon emissions per year - including the modified Mediterranean diet that appealed to me :-)
* The Otago University study had taken food wastage into account when they calculated the greenhouse gases embedded in the various diets.  I don't know exactly how much wastage was accounted for in each of their diets so I have simply assumed 25% of the food was being wasted - the conservative end of the World Bank's range.

2. Change how we grow and transport food


The foods with the greatest greenhouse emissions are those from ruminant animals: cattle, sheep and goats.  New Zealand is currently part of an international effort to reduce the emissions from the guts of those animals so hopefully one day those emissions will be able to be reduced.  In the mean time, we may need to consider feeding such animals on grain, as this results in only 80% of the emissions of feeding them on pasture (see source notes section of our carbon emissions spreadsheet).

It is also essential that farmers don't use excessive amounts of fertiliser (and that we don't do so in home gardens either!).  This is especially true of nitrogen fertilisers.  Every 1kg of fertiliser applied results in 2kg of CO2e emitted (source), as any nitrogen not taken up by the plants is converted into the extremely potent greenhouse gas nitrous oxide.

Lastly, fresh produce that needs to be shipped under refrigeration should only be sourced locally.  I have no issue with buying rice or spices that have been transported on an unrefrigerated ship all the way from the Indian subcontinent, but we can't carry on bringing in fresh Californian grapes on refrigerated planes!  The carbon cost is just too great.  This would mean that probably the only imported fresh produce we would be eating is bananas, as they aren't refrigerated in transit.

This is is the hard one, but there has to be some change in what we see as a 'good life'.

The foods that have the greatest carbon impacts are animal products, especially those from dead animals (dairy products and eggs aren't too bad) and most especially beef and lamb.  Kiwis need to come to believe that you can eat well whilst only eating such foods rarely.

I don't know how to go about this on a large scale, but I see myself as living proof it can be done!  I grew up eating meat for dinner every night, but gradually started to move away from doing so over the last eight years or so.  These days we cook meat once per week, although it took some years to get to that point.  As well as significantly lowering our food-related carbon footprint (from probably somewhere around the typical Kiwi level of 3.6 Tonnes to 1.1 Tonnes per year each), we have found that this diet has been both cheaper and better for my health.  It's also very yummy, although I will conceed that pulses take more work to make yummy than meat does and we have built up an impressive spice collection over these years!


I don't know if all of this will be 'enough' - if it really is possible to be both sustainable and healthy with this many people on the planet - but these changes will go some considerable distance to bridging that gap!


Kind thanks to one of the researchers at Otago, Associate Professor Nick Wilson, for providing me with more information on the diets than was printed in the original journal article.
By Heather - March 01, 2014 No comments: