Don't you think that feijoa skins smell delicious?  After you've scooped out the flesh, you're left with a skin that is tart and crunchy and not hugely enticing - and yet, the compost bucket always smells amazing after they've been dumped in it.

I've recently discovered how to extract that flavour and make some delicious concoctions. 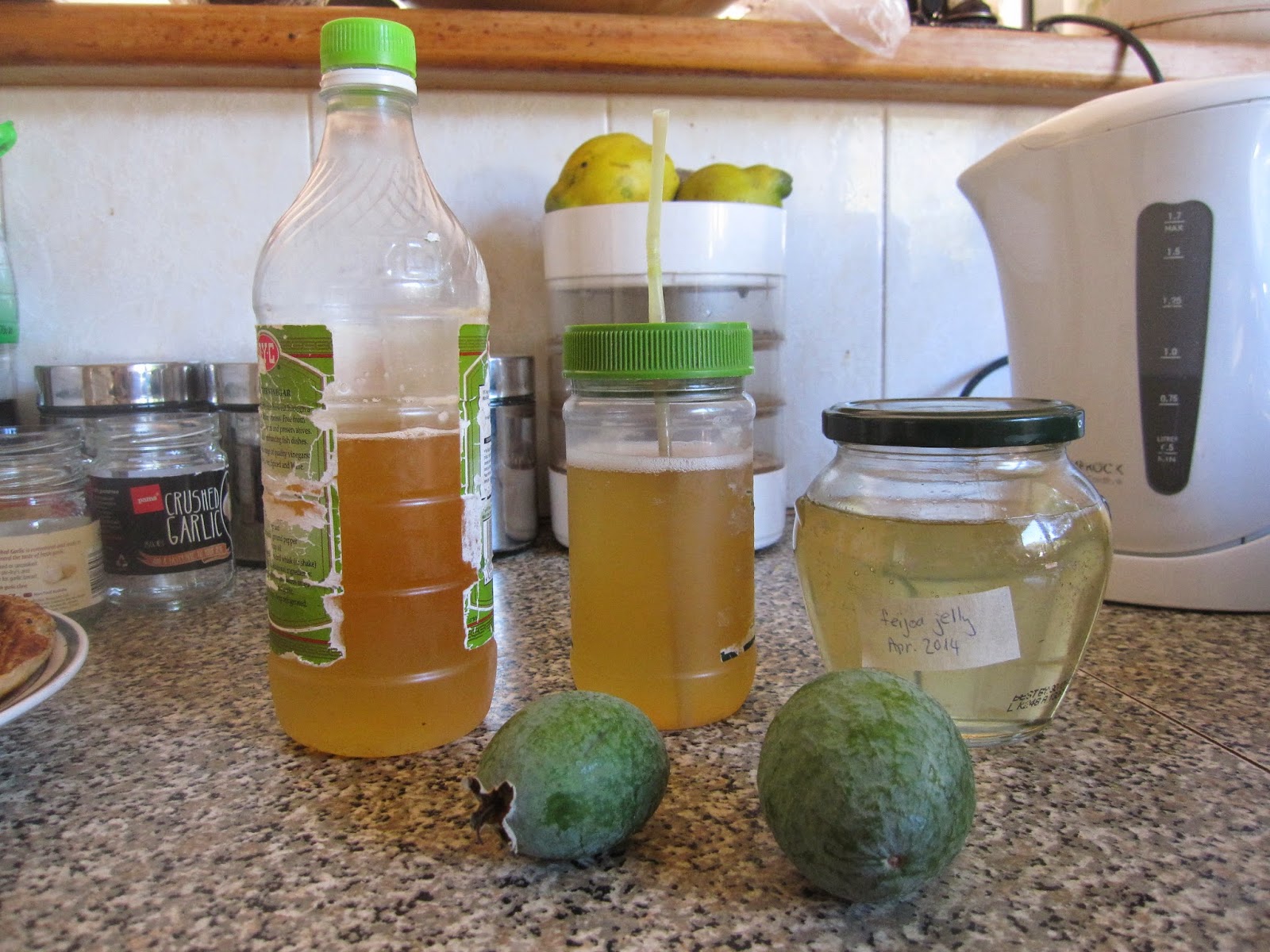 With thanks to Nourishing Revolution.

The yeasts naturally present on the skin ferment the added sugar and turn it all into an incredibly amazing drink :-)


And if you don't have time to wait for fermentation, you can make a still drink in a matter of hours instead:

Feijoa drink
Place a few feijoa skins in a bowl and toss with 1tsp sugar per skin (you really need this much sugar - the skins themselves are very tart).
Cover with boiling water (approx half cup per skin).
Leave to cool, refrigerate and drink :-)

With thanks to OHBaby!.


Lastly, absolutely delicious on white bread (or melt-in-the-mouth consumed off a spoon - ask Martin!) is:

Cover feijoa skins with boiling water.  Leave to cool (at least an hour; overnight is fine).
Pour through a seive into a big pot (I used our pressure cooker pot, which I think is 6 quarts).  Discard skins.
Add pectin, cover and bring to the boil.
Add sugar and return to the boil with stirring.
Boil at rolling boil 4 min. (or 2 min. for a softer gel).
Transfer to sterilised jars and seal.

Thanks, again, to OHBaby!.


NOTE: If you only eat a few feijoas a day, you can accumulate the skins in a bag in the freezer until you have enough to make fizz or jelly.
By Heather - April 06, 2014

Email ThisBlogThis!Share to TwitterShare to FacebookShare to Pinterest
Labels: recipe