I've long been a supporter of fair trade*: I want the people who produce the goods I use to:
* I refer in this post to both fair trade and FairTrade™ - the first is the concept, the second is a certification system.  Confusing, but there you are.
**the International Labour Organisation makes a distinction between 'child labour' and 'child work'.  'Child work' is work that doesn't interfere with their education or affect their health - like the paper run I did as a kid.  'Child labour' is work that goes beyond that.  I'm OK with 'child work', but not 'child labour'.

I know that if I buy goods with the FairTrade™ logo or buy my goods from TradeAid, then they will meet those conditions.

However, a new fair trade certification has now come to my notice: "UTZ certified".  It's used mostly for cocoa, coffee and tea at this stage, but is gradually widening its scope. 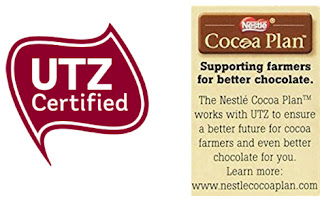 UTZ removes two issues that I think are barriers to the greater uptake of FairTrade™:
In a market-based economy such as our own, co-ops are a rarity but we still manage to have rules that ensure labour conditions aren't too bad.  Why should we insist on co-ops for cocoa producers rather than simply requiring decent labour conditions?

Today's afternoon tea (on a 'work-from-home' day for Martin): apple dappy from our neighbours' apples that fall on our driveway. 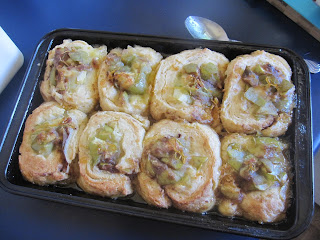 I don't work much with people these days.  I'm mostly alone and, when I do interact with people, it's more commonly in the modes of helping them, being listened to or hanging out than in a situation of working together to achieve common goals.

However, I'm now on one of our church committees and have recently had a slight 'baptism of fire' in this regard.  One of the members of the committee said something to me in an email last week that really stung.  He did this only a couple of days before we were due to meet again, so I knew I needed to process my hurt fast if I were to be able to face him again with good grace!

That drove me to prayer and Bible reading with more urgency than I've experienced in a while.

A week of polo

Martin's had a blast at the world championships for bike polo in Timaru this past week!  For a glimpse of the action, check out the video below:

The motor coupler on our Sumeet mixie recently melted and needed replacing.  We were unable to find a Sumeet part or a part that said it was compatible with the Sumeet.  However, we noticed that one of the Preethi motor couplers looked identical, so bought one in hope.

It fits perfectly!  We've been using the Sumeet pretty heavily in recent days and it's running like a charm :-) 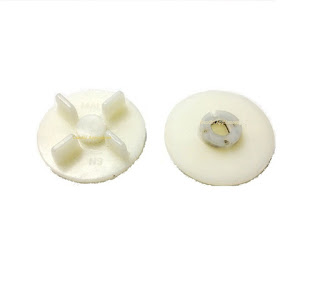