I've been for a few walks now - on Friday and Tuesday I went to visit two different neighbours who both live across the street from the end of our driveway.  It was the first each of them had known that I was better, and their delight and excitement was fun but also quite overwhelming.  Each time the next day I struggled to get moving all day and didn't do heaps.  I wondered if that was because of being overwhelmed by those reactions, rather than the exercise itself.  So today I went for a walk where I basically went down the driveway, did a loop of most of the flat part of our street, came home and then did a loop around the house.  I deliberately avoided going as far down the street as the house of another friend who is home during the day, so she wouldn't spot me and get excited - I'll save that for another time (although she knows I'm better).  My walk was just under 10 minutes.  I also did some weeding and sweeping outside this afternoon but no overwhelming people stuff.  We'll see how I'm doing tomorrow!

In other news, I'm delighting in this gorgeous orchid Martin's parents gave me for my birthday. 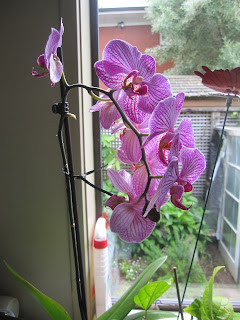 God has healed me!

On Saturday November 3rd, I woke up without the gluey heavy feeling I've lived with since February 25th, 2003.  I believe that God miraculously healed me in the night - and healed me so that I could be part of presenting my Just Kai work at The Justice Conference!  Which is, itself, super-encouraging, quite apart from the wonder of the healing itself. 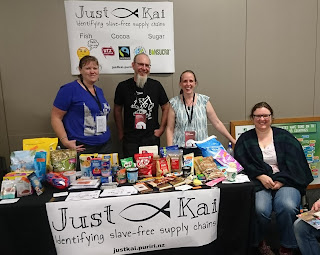