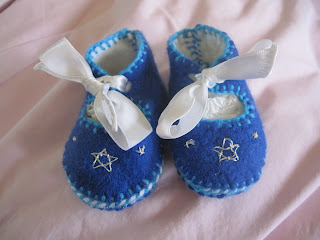 However, there are other gifts I make that I don't tend to photograph.  Here are some of those that I've been working on recently.


As I sew these things, I feel good about the gift I am giving to the people of Bangladesh: the gift of fertile farmland, of fresh drinking water, of children living to a healthy adulthood.

I'm sure I started mending things due to my natural frugality and aversion to waste.  However, as I've learned about climate change I've come to realise that buying new stuff requires lots of energy and hence the burning of a lot of fossil fuels.

This past year, I was shocked to realise that our carbon footprint was significantly up on the previous audit year, even though it was down in most categories.  The difference: we'd bought a similar amount of household goods as in previous years, but had tended to buy new rather than second hand.  Since then, mending and buying second hand has taken on a new impetus.  It's such a simple way to give other people a better chance in life and I'm grateful to have the skills, time and resources to be able to do it.