I've had fun making an Amish 'puzzle ball' for some neighbours who've recently had a baby. 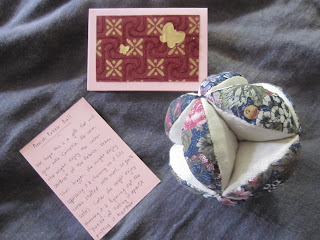 It's a fascinating thing.  It's composed of three circles: 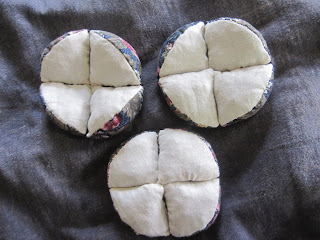 One has all the central points joined, one has none of them joined and one has them joined in pairs like a mouth: 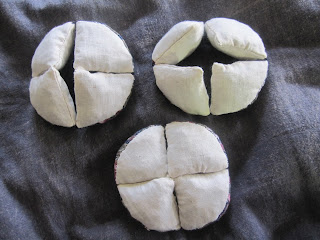 To put it together, you slot the 'mouth' one over the one where all the points are joined: 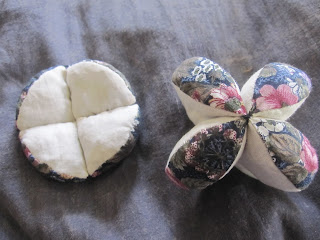 Then you slot over the one where none of the points are joined and voila! 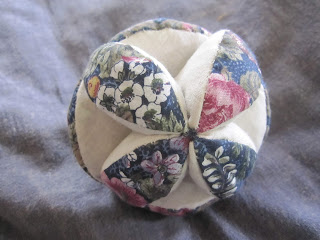 For now, I hope the baby will enjoy the strong contrast between the two fabrics.  When she's bigger she might like chewing on it.  Hopefully eventually she'll enjoy not only throwing it as a ball but also figuring out how to take it apart and put it together again :-) 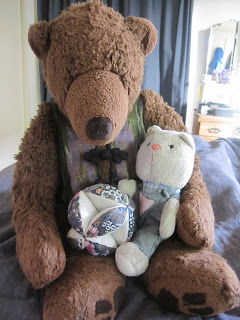 If you'd like to have a go at making one, the instructions I followed are here.
By Heather - August 17, 2018