Neighbours Day is coming up in around 6 weeks.  This is an excellent opportunity to get to know the people who live near you and help them to get to know each other.  If you're not already, could you consider doing something in your neighbourhood? 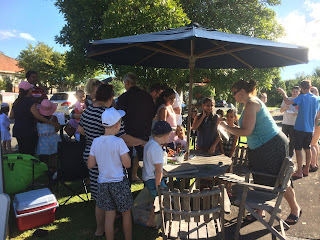 We've really enjoyed Neighbours Day over the years.  We were spoiled in that a highly energetic former neighbour got the ball rolling in our street around 8 years ago: since then it's just been a matter of keeping it going.  However, if nothing's already established where you live, the Neighbours Day website has a bunch of great ideas of how to get started.  Maybe you could invite the people in a few houses nearby to a potluck picnic or a simple afternoon tea? 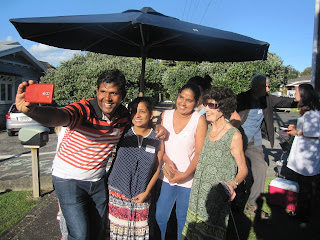 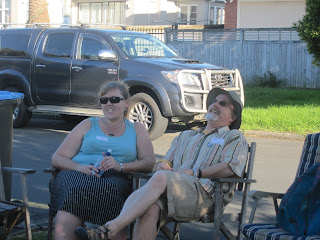 I've made a number of friends in our street through Neighbours Day celebrations and highly recommend it :-)  Also, social isolation is such a huge issue in Aotearoa; I've come to really value Neighbours Day as something of an antidote to that.

Over the two years I've co-ordinated organising Neighbours Day in our street, I've realised that our organising group is almost all white and all either Christian or no-religion.  That doesn't represent our street all that well: I know one devout Muslim woman in the street and am fairly sure there are other Muslim households, plus there are a great many Indian, Chinese and Pacifika people living here.  People from those backgrounds do attend Neighbours Day, but I do wonder if more would come if people 'like them' were on the organising group.  I'm not sure exactly what would be different, but I feel like a more diverse organising group is likely to lead to an event that a more diverse range of people would be comfortable at.  So this year I shoulder-tapped the two people I personally know who could bring in that kind of diversity: a young Samoan woman and my Indian Muslim acquaintance.  It looks like both will be at our first organising meeting tomorrow :-)  I've also established that some friends of mine who will be at Neighbours Day speak conversational Mandarin.  Confident in that knowledge I'm hoping to personally invite an elderly Chinese couple who speak no English, as I get the impression they're pretty lonely and it'd be good if they knew there were people nearby they could talk to :-)

[In terms of the practicalities of that last bit, I did learn Chinese many moons ago.  I haven't really been able to make my remaining fragments of Chinese understood by this couple, but I did show up on their doorstep on Chinese New Year with muffins and a written introduction to myself.  With help from Google Translate, it turns out I can at least still write comprehensible Chinese characters!  And I was able to understand some of what was said to me in Chinese, and between that, hand gestures and reluctant translation by their 9 year old grandson we did get by...  So I'll show up again with a note and see how we go!] 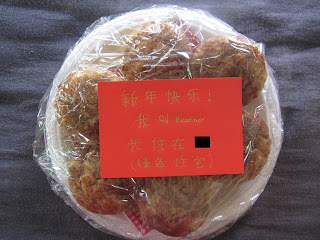