Mum and Dad's 50th wedding anniversary and other happenings

Life's been crazy-busy recently!  Since early June we haven't had a week without visitors staying, and for the last month we've had people staying most nights.  It's been great, but also exhausting!

Martin's sister and her family have been visiting from Thailand.  We've enjoyed lots of good food and general hanging out with them, and it's been good to see a bit more of Martin's parents than usual while they've been here.


Whilst they were here, we (belatedly) celebrated Martin's 42nd birthday.

Martin's niece, Michaela, is vegan.  Having her visit gave me the excuse to experiment with a number of vegan treats, including making an aquafaba lemon meringue pie for the birthday dinner. 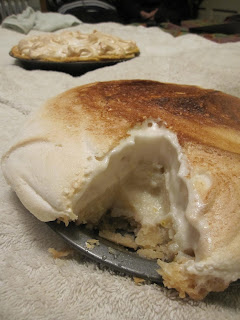 Next time I'll be putting some yellow food colouring into the filling though... The flavour and texture of the (tofu-based) filling were fine, but it just didn't look right without the yellow eggs and butter would have given it!

The highlight was an early celebration for Martin's parents' 50th wedding anniversary :-)  All their siblings were there, along with two of their children and both their grandchildren.

A friend of Sandra's did a fantastic job decorating the cake. 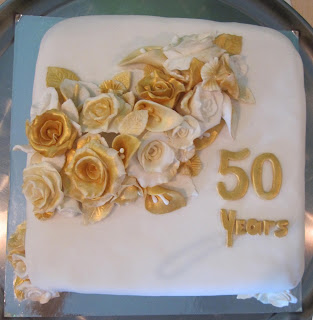 And Martin enjoyed learning about wood-working as he sanded and polished this kauri tray we found on TradeMe for them. 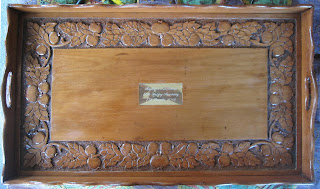 The lunch was held at Cafe Abysinnia, an Ethiopian restaurant in Mt. Roskill.  I loved its vibrant decor! 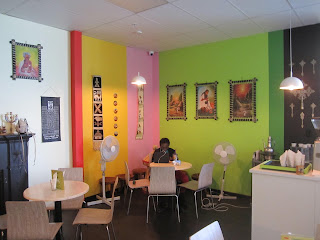 And the original artwork covering the walls.

We ate a number of delicious stews, served on a spongy flat sourdough bread called injera.  And, as Ethiopian Orthodox people are vegan on their many fast days, there were perfectly familiar with Michaela's dietary requirements.


We were delighted to see that Cafee Abyssinia supports the Hamlin Fistula Hospital - an Ethiopian charity we've also supported for many years now.  The Fistula Hospital provides surgery for women who have holes in their vaginas from babies getting stuck during labour; plus they train midwives who can spot obstetric problems early so that fewer women will be injured in the future.