Holiday in Te Aroha and Auckland

A few weeks back, Martin had two weeks off.  We spent the first week staying with his Aunty and Uncle in Te Aroha.  They borrowed bikes for us to use down there and, on Martin's birthday, we rode from Waikino to Paeroa (through the Karangahake Gorge) on the Hauraki Rail Trail.  It was about 14km, broadly downhill, and we meandered through it over about 2.5 hours. 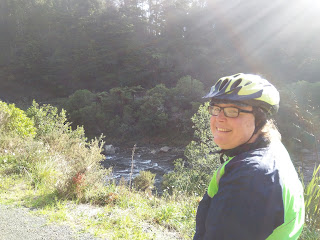 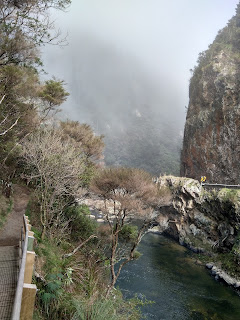 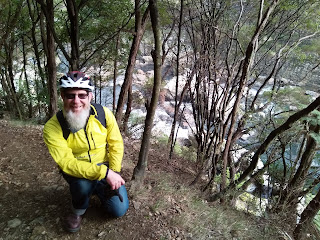 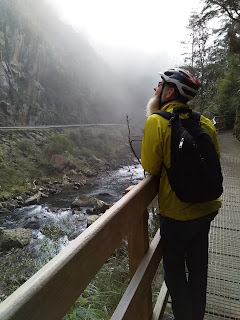 Back in Te Aroha, I made Martin a cake for his birthday (although not on his actual birthday - I wasn't up for extra activities after the long bike ride!).  A German 'black and white cake': 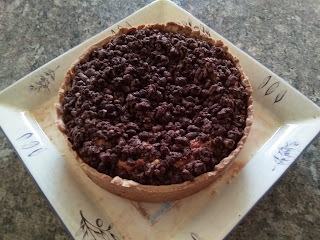 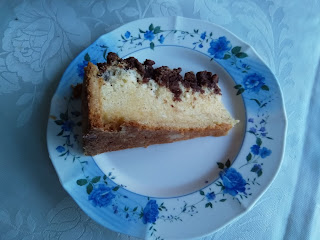 Mike and Elspeth have a lovely house.  This time I was particularly enjoying these succulents growing by the steps in their back garden. 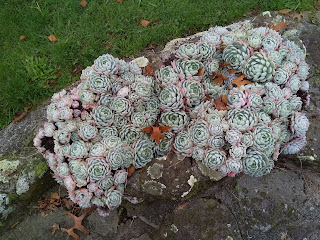 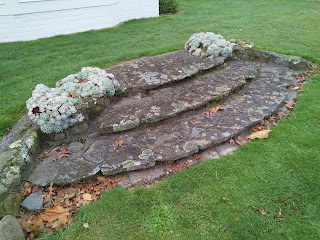 After Te Aroha, we headed to my friend Debbie's house in Eastern Beach for a couple of days.  Whilst there, we tried out her kayaks :-) 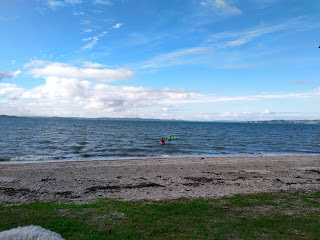 I realised something interesting and (hopefully!) useful that day.

I don't think I've ever kayaked in the sea before, and I haven't kayaked anywhere for nearly 20 years.  The first time I got into the kayak somewhat nervously, went out all of maybe 3-5 metres, freaked out, turned around and came back in.  However, after a few minutes on the shore gathering myself, I felt fine to go out again.  I still wasn't that comfortable, but went well out that time and stayed out at least five minutes - probably longer - before feeling overwhelmed and needing to come back.  Then Martin and Debbie went out in the kayaks (there were only two) and I waited with increasing impatience as I was keen to go again.  Then Martin and I went out and, whilst I still wasn't totally comfortable, we eventually came in because he was tired, rather than because I was overwhelmed.

Something a bit similar had happened with the borrowed bikes in Te Aroha.  The first time I got on the bike, which was configured for a different posture from my own and had a different gearing system, I got quite overwhelmed and quickly needed to come back home.  But when, a day or two later, we biked from Waikino to Paeroa, I did fine - I mucked up the gears a few times, but was basically comfortable with the situation.

So, it seems I need to be prepared to 'bail' quickly when I try new things - but try to set things up so I have the opportunity to try again soon.  Once my brain's had the opportunity to catch up with itself in a calm environment, I'm much less likely to get overwhelmed the second time.  I suspect, if it had been possible to try the kayaks a second day, I'd have coped fine then :-)

On the way back home, we stopped at Mt. Wellington for a bit of a scramble.  When I was at university, I used to walk to the top of Mt. Wellington in the early afternoon most days whenever I was studying for exams, so I used to know it very well.  It has hopeless wheelchair access so I haven't been over much of it in years: it was quite emotional to be there again. 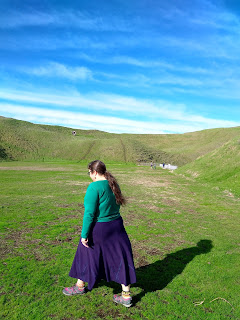 Martin sprained his ankle on the way down, so we headed pretty straight home after that, but did pause briefly to see the units that have been built where my parents' house used to be. 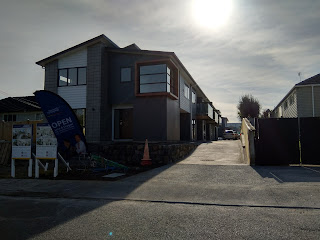 Back home, there was time for one more adventure before Martin headed back to work.  We caught the train in to Newmarket and wended our way down to the waterfront and along as far as Kohimarama Beach. 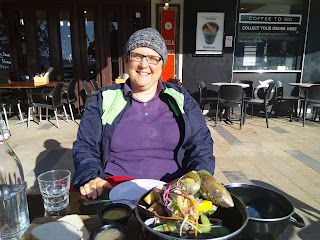 Then it was back to work for Martin, and resting to recover for me.  The latter is taking frustratingly long and I've got very little done during the two weeks since the holiday, but the very fact I managed to write this up hopefully means that's changing!