After a string of pretty tired days, today has been lovely :-)

It started with sourdough biscuits and gravy for breakfast (biscuits in the American sense, and the sourdough made using the pulp left over from making soy milk). 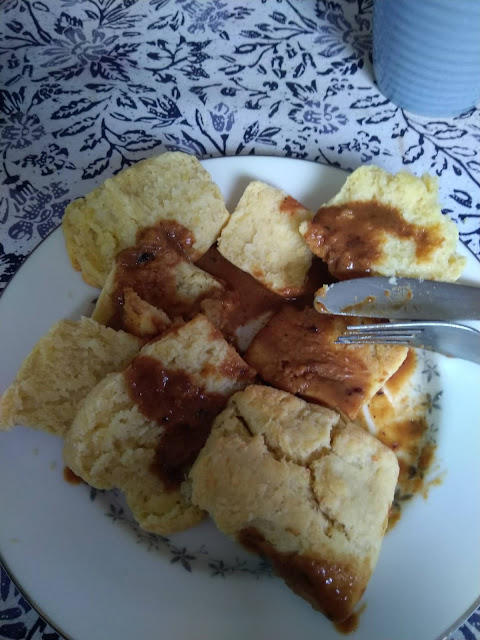 Then I went back to bed for a few hours' rest, before getting into swimming clothes, borrowing Sarah's electric bike and heading to Blockhouse Bay beach. 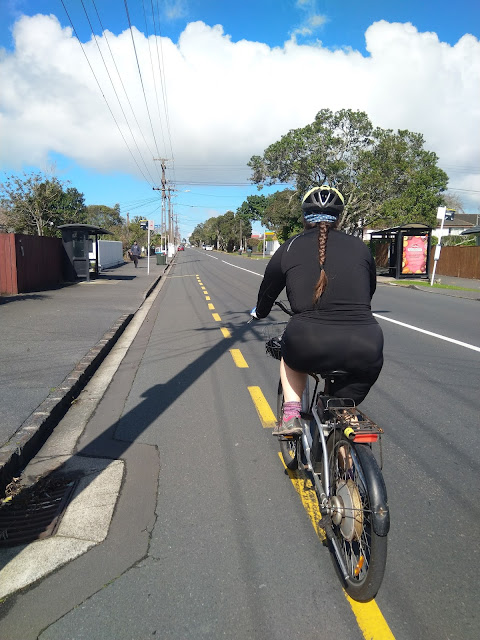 The electric bike was so easy!  I whizzed up the hills - vastly less work than the regular bike, and less hassle than the bus.  I won't be making this my standard way to get to Blockhouse Bay, but it's nice to have it as an option for tireder days like today :-)

Here's a diagram I did earlier of roughly where I swim.  This time I took the bike all the way down to the start rather than leaving the bike at the top of the hill (which I do to avoid having to bike up a super-steep hill straight after swimming), so today was mostly just a swim, rather than the usual bike/walk/swim triathlon. 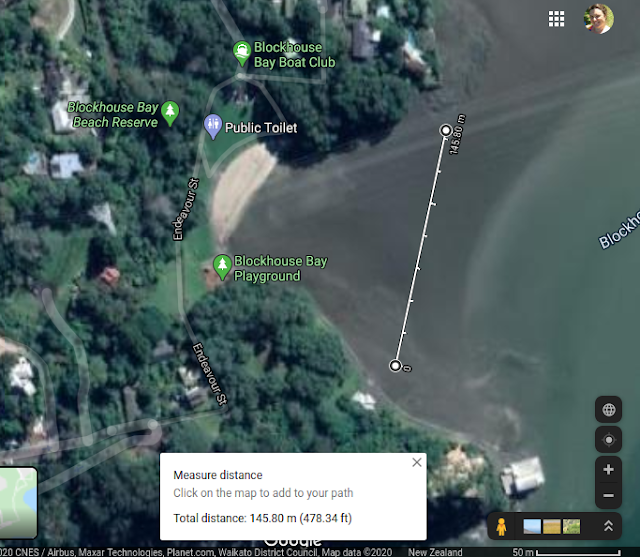 A very happy Heather just after arriving home.  I do so love swimming! 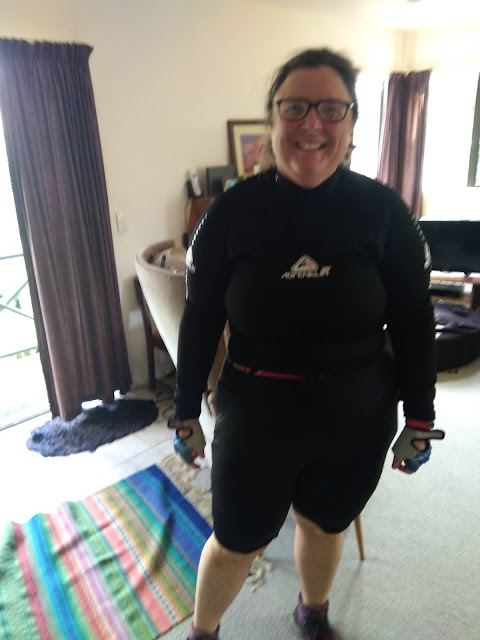 And here is the yummy Thai lunch I got to come home to.  Thank you, Martin! 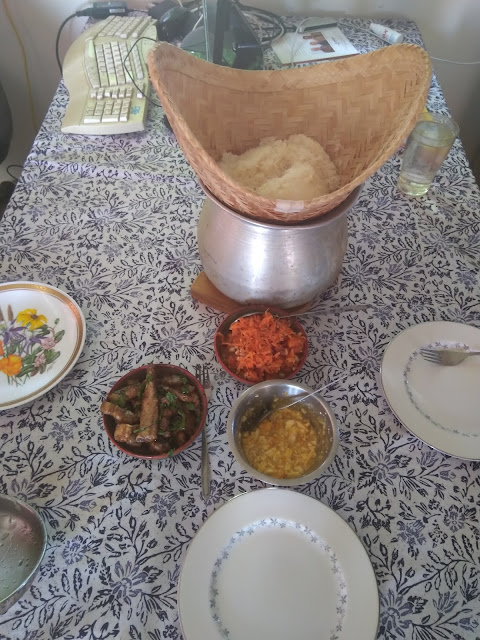 And, unrelatedly, Martin has finished editing the video of me talking at 4Cs last week about Just Kai.