I've spent a lot of time over the past couple of months preparing for the Devonport Ethical Christmas Market, where Just Kai was to have a stand.  In the end I wasn't able to be there: I spent Friday afternoon caring for a friend's toddler and caught a tummy bug off her, meaning I was much too sick to go anywhere all day yesterday.  Still, Anna and Martin were able to go, and it sounds like things went well with lots of interest.  We were promoting Christmas foods with verified slave- and child-labour free supply chains, both chocolatey gifts and food for your main Christmas meal. 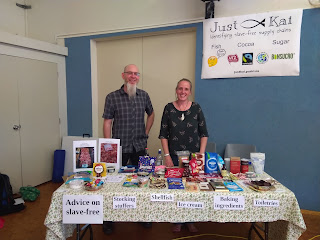 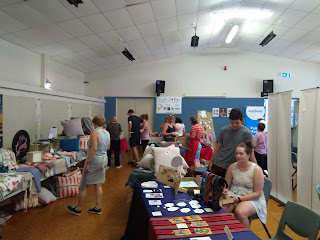 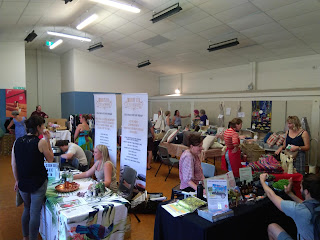 Shortly after Martin came home, though, we had a shocking phone call from his parents. Our Thai brother-in-law, Nut (husband of Martin's foster-sister, Nok) hadn't come home from his work end-of-year do and was eventually found dead in his car.  We don't know more than that.  His other sister, Sandra, also lives in Thailand, so she has flown down to Bangkok to be with Nok.

I've personally only met Nok and Nut once, when they came to visit in December 2015/January 2016.  We did struggle to communicate as I have no Thai and neither of them are fluent in English (although Nut's English was pretty good - he works for a Japanese company and uses English to communicate with the Japanese bosses), but I have felt very close to Nok ever since and we often message each other on Facebook. 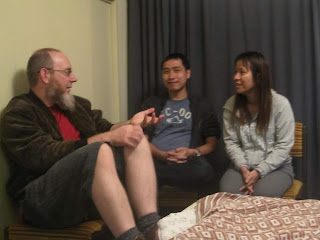