A few recent bits and pieces from me...  In general, physically I'm getting stronger and stronger, although mentally I seem to have crashed quite badly over Christmas.  I'm struggling to face any 'thinky' tasks.  I was working quite hard on Just Kai stuff in the lead-up to Christmas and am hoping I've just overdone it a bit.  I'm trying to leave the thinky things alone for a while and hoping things will come right soon; it does seem a bit better today and yesterday.

But here's some of what I've been up to before and after our Taupo holiday :-)

I had my first go at royal icing a Christmas cake - or, rather, three Christmas cakes.  Two small loaf ones (one for Martin's parents and one to take to Taupo) and a larger one for home.  They're a bit random, but I was fairly pleased with them :-) 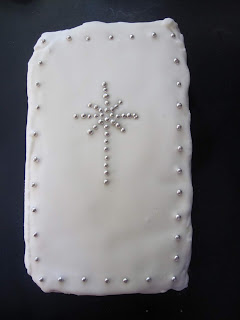 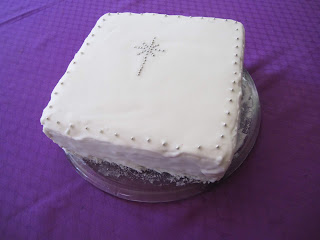 Our Christmas tree is also rather random, although it's open structure does allow you to really see all the ornaments, most of which have a story behind them. 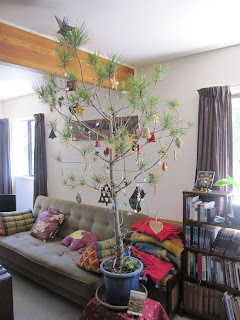 When I started cycling again (I think back in March) I had two goals: to be able to visit my 'almost family' in Te Atatu and to be able to bike into town.  I haven't yet made it into town, but just before Christmas I made it to Te Atatu for the first time (9-ish km each way, mostly flat with a few steep bits) for a pre-Christmas celebration with the whanau :-) 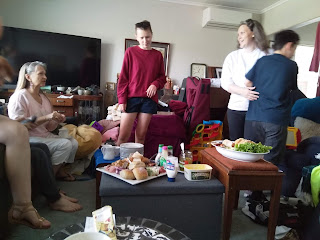 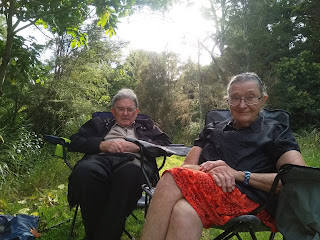 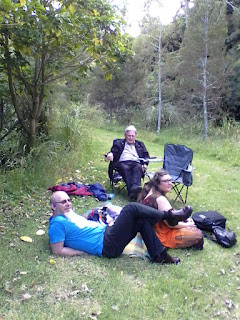 The remarkably yellow sky on Sunday, courtesy of the Australian bush fires. 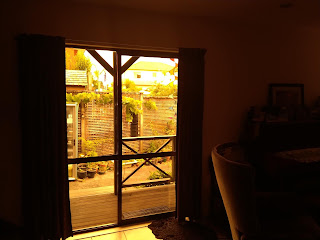 This was taken around 2.30pm on an otherwise sunny afternoon.  Our friend Russel captured the atmosphere really well in this photo album.  I found the weird light really disconcerting, but Martin and I also spent the afternoon listening to Handel's Messiah (I listen to that multiple times each Christmas, and Sunday was the last of the 12 days of Christmas) and that really helped.  It was good to remember that humanity has the freedom to seriously screw things up (causing immense suffering along the way), but that God is ultimately going to restore stuff, too...

Then, on Monday, as part of my Sabbath rest I decided to bike to Pt. Chevalier Beach for a swim (something I'd also done with Martin a few days earlier).  I went via. the Rainbow Path because it makes me smile :-) 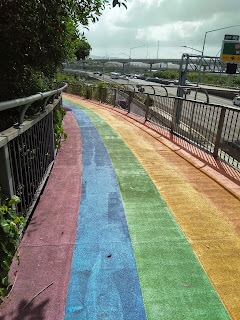 I was out for about 1h20: 20 minutes biking there, 15 minutes in the water, 10 minutes getting changed, 10 minutes sitting and watching the sea and 25 minutes biking home.  To save time, we've now bought some lycra bike shorts for me.  We're hoping it will work for me to wear togs/lycra shorts/T-shirt for the ride there, swim in the togs and shorts then just put the T-shirt back on to come home, rather than properly getting changed.

Then yesterday my friend Louise came to visit (she lives in Wellington, but is in Auckland for a few days visiting family), along with our mutual very good friend Anna.  I took them for a walk to the Oakley Creek waterfall, which neither had been to before.

We walked back home through Unitec, where I enjoyed showing them my favourite tree (more pictures here) which Louise subsequently identified as a Turkey Oak.  There are quite a few of them on the Unitec site: clearly oaks but with surprisingly elongated leaves.